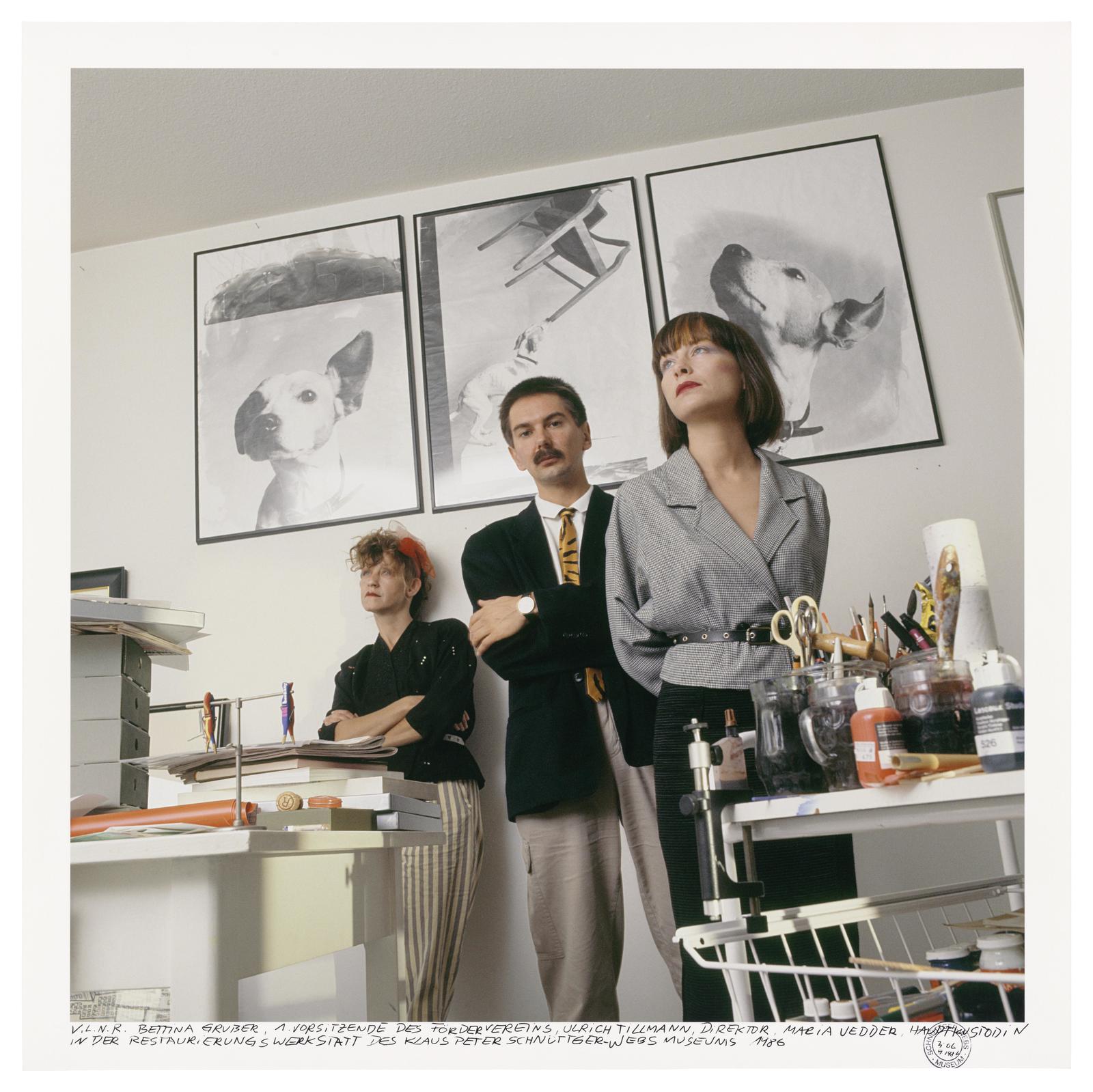 As director of this fictive (anti-) museum he developed, over the following 38 years, an institution with the most diverse departments devoted to the work of this (as yet) unknown universal genius. This long-term project did not follow an immanent logic in the main, but rather fed off external events on which Ulrich Tillmann commented in a humorous and subversive manner. The result was a lively archive compiled by an expert and artist with an eye for the poetry of the everyday, encompassing pieces found at flea markets juxtaposed with high quality items of photography from its early days. The Klaus Peter Schnüttger-Webs Museum is Ulrich Tillmann’s most personal artwork; it is intimately connected not only with his own biography but also with the art scene and cultural politics of Cologne.