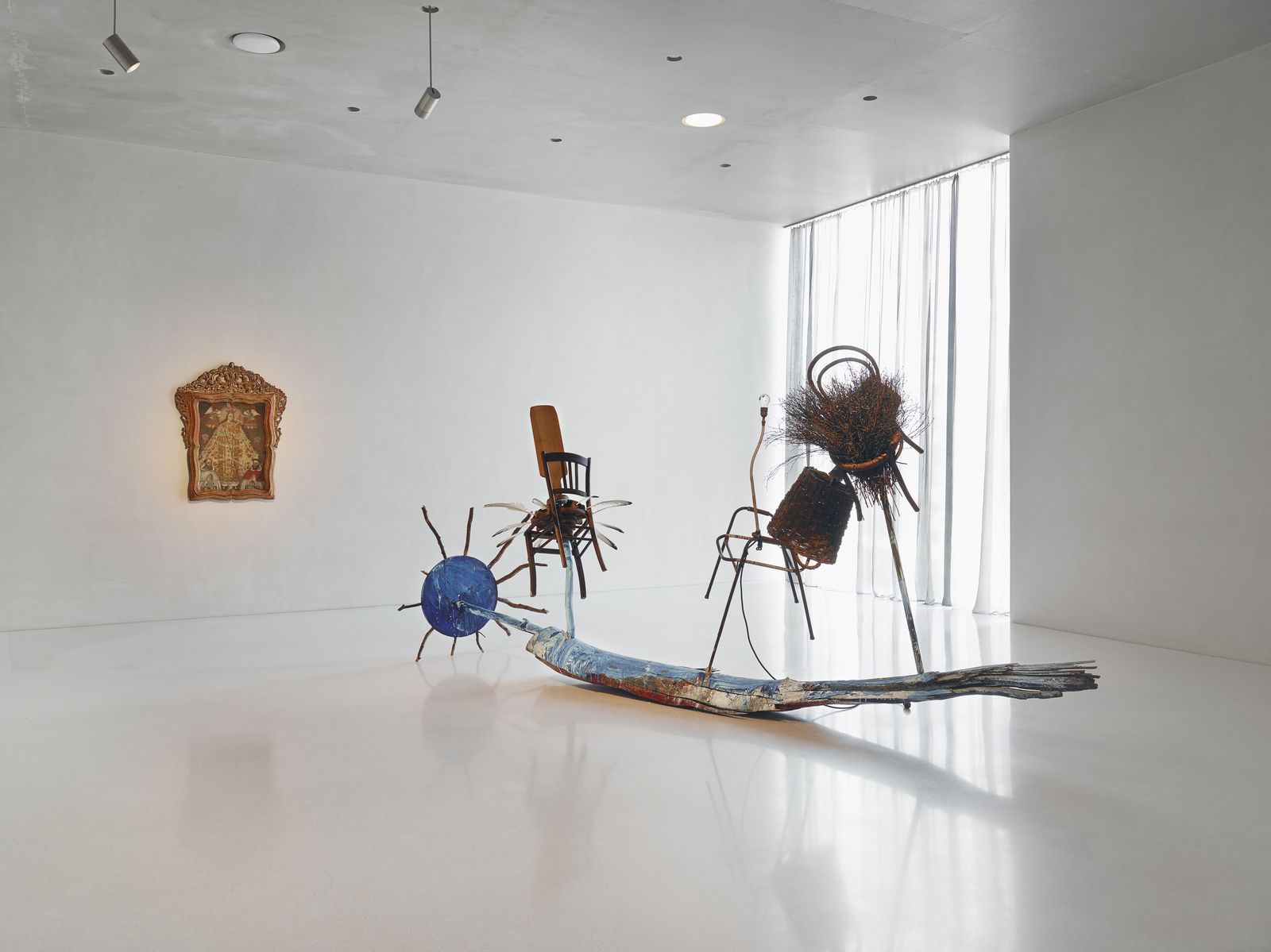 For the building of the Kolumba chapel, which was inaugurated in that year, was one of the most significant new beginnings in Cologne after 1945. Particular tribute is paid to the Cathedral Jubilee in 1948 and the reliquary procession on this occasion, along with the Romanesque Shrine of Saint Albanus (Albinus) on loan from St. Pantaleon to Kolumba. From 1969 the focus on art was informed by the idea that »new beginnings« are essential criteria in art practice, as art crosses borders and subjects it own medium to scrutiny, sometimes to the point of annihilation, in order to move forwards. The exhibition grounds its contemporary relevance on two aspects of the term »new beginnings«: destruction and making a new start. Over the course of this year of exhibitions, we direct our attention in smaller shows and projects to painting that is still full of life – though the demise of this painting was foreseen by Marcel Duchamp in 1912, when he declared the propeller to be the new ideal.